The Tsaritsyno Estate is located in the southern part of Moscow. The estate was constructed for Catherine the Great by the Russian architects Bazhenov and Kazakov in a romantic gothic style. The complex includes a landscape Park dated from the end of the 18th century, and a unique system of ponds built between the 16th and 17th centuries. The estate is a unique example of an Imperial summer residence that was never completed and never lived in. The collection of the Tsaritsyno museum consists of approximately 30,000 various exhibits. There are masterpieces of Russian and Western European art from the 18th - early 20th century, including an impressive collection of antique tapestries, Russian and Central Asian folk art, contemporary glassware, ceramics, furniture, paintings and a rich archeological collection.

Meet your guide at your hotel in the morning and take a metro ride towards an elegant Tsaritsyno Estate, located in the southern part of Moscow.

Tsaritsyno is an architectural complex of the late 18th century, Greenhouses, Historical Landscaped Park with ponds and new park zones with Light dynamic fountain. The territory covers 405 hectares. The estate is known from the late 16th century, when it belonged to Tsarina Irina, sister of Tsar Boris Godunov. At that time it was called Bogorodskoye. In the 17th century it belonged to the Streshnevs and then to the Galitzines. In 1775, the estate was bought by empress Catherine the Great, who happened to be passing through the area and fell in love with the picturesque beauty of the land. It received its present name, which means “Tsarina’s”.In 1776-85 architect Vasili Bazhenov built a palace for the Empress there. When the palace was almost complete, the Empress visited Tsaritsyno to inspect it. She declared the rooms to be too cramped and dark, and the palace unlivable. As a result, Catherine ordered the palace to be torn down, and the architect was fired. The remnants of the foundation of Bazhenov's original palace are still visible in the park.

Since the 1980s the estate has been undergoing renovations and the gothic style palace at its heart is now looking brighter and more elaborately decorated than at possibly any other time during its history. The huge gardens, meadows and woods surrounding the palace are a tranquil and nature-filled retreat.

Return to the hotel by Metro.

Departure time: 10:00 am (flexible, please contact the local tour operator after booking if you wish to change the departure time) 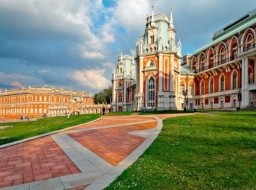 Tsaritsyno is a reserve in the southern part of Moscow, a unique historical, natural and architectural ensemble with a palace and park complex dating back to the second half of the 18th century. Presently, this major park within the boundaries of Moscow  (with an area of almost 400 ha) is one of the most-loved attractions for tourists as well as Muscovites. Read more 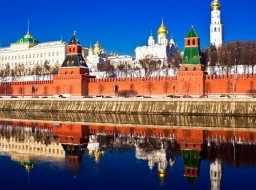