Is Sochi just a resort and Olympic city or has it got a historical value? Tour the main city's highlights and find an answer when going to one of its famous destinations, the Green Grove on the slope of Mount Akhun. It is located in a picturesque place within the city limits. The Akhun is the highest point in the city, 663m above the sea level. After the construction of Akhun road thousands of visitors have got the opportunity to admire a fabulous view from the observation tower which is on top of the mount. As for Stalin's villa it has become accessible for the visitors since the 80s and has preserved the atmosphere of the 30s. So, this is a trip for the lovers of history and nature. A cup of tea from an authentic Russian samovar is your award after descending the Akhun tower. While driving to the main destinations you will also be able to get a glimpse of a city and feel one-of-a-kind atmosphere of the city which comes from the beautiful mountain landscapes, numerous rivers, green gardens and parks with plenty of evergreen trees and bushes.

Meet your guide at the hotel to start with a city highlights overview tour. Sochi city tour will open the door to numerous architectural landmarks - the face of the city, which include modern ensembles, monuments, squares, embankments and boulevards. Among the highlights of the tour are marine station “Morvokzal”, the first church of the Black sea – The Cathedral of St. Michael the Archangel, park “Riviera” and other notable sights of Sochi.

Now go ahead to discover the beauties of Mount Akhun! Mount Akhun, the highest coastal point of Sochi, offers its guests an unforgettable panoramic view of the city. Its height is over 690 meters above the sea. The top of this peak is crowned by the observation tower, opening a fabulous all-round view of the city and the neighbouring landscapes. This is a great opportunity to see the city of Sochi with all the surrounding landscapes in full view. It’s really fantastic! The height of this peak impresses even sophisticated travelers and mountaineers. The tower situated on the top of Akhun looks like an ancient castle with century-old secrets and ghosts. When the weather is fine, you can even see the Turkish coast from this observation place. Here, you’ll take magnificent pictures of Sochi, the Black Sea, and the peaks of Greater Caucasus.

During this tour, you will also visit the historic house-museum Stalin's Dacha - the former Summer Residence of the Soviet dictator Joseph Stalin. It's one of the few real-life relics left in Sochi from the communist times. During the guided tour you will have a chance to see the favourite amenities of Stalin: the shallow indoor pool, the billiard table, the cinema, and much more. Sochi owes much of its development to Stalin. «The Father of Nations» vacationed here every year and actively contributed to the transformation of a provincial southern town into a pan-USSR national health resort. Here, he spent three months every summer from 1936 to 1953, when he died. The building has two stories with the minimalistic interior environment and conspicuous austerity. There are no expensive pictures, pieces of art, and luxurious furniture – this describes the owner of the house as a very ascetic person.

At the end of the tour enjoy a private transfer back to your hotel.

Your hotel in Sochi 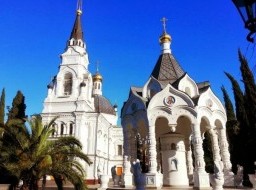 The Cathedral of St. Michael the Archangel is the oldest Orthodox church in Sochi and the entire Black Sea Oblast of the former Russian Empire. Its construction was decreed by Grand Duke Michael Nikolaevich of Russia with a view to commemorating the victorious conclusion of the prolonged Caucasian War in 1864. Read more 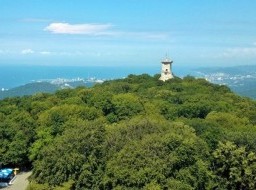 Mount Akhun is the highest Greater Sochi coastal point, famous as the best panoramic view of the city. The castle-looking tower on its 700-meter top gives a perfect overlook of the city. It is probably even possible to see the remote Turkish coast, if the weather and visibility are fine. Read more 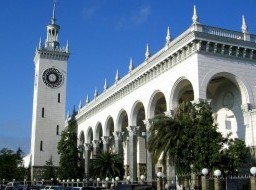 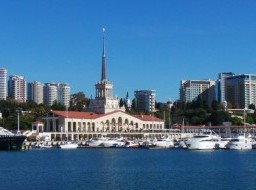 Sochi’s sea-gate is 1.5 kilometres away from the railway station. The sea terminal, which is on the official architectural landmarks list, looks like a real palace.    Read more 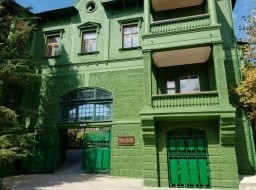 Long before it hosted the Olympics, the resort city of Sochi was the holiday home of Soviet dictator Josef Stalin, who had a summer residence built there in 1937. Stalin's dacha, still furnished with some of the original decorations, is now open for visits from tour groups. Read more 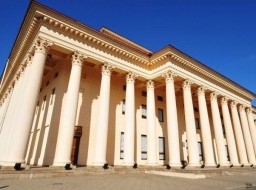 Built in a majestic imperial style, this massive, colonnaded building would add grace to any world capital. Opera, ballet and drama are presented here. Read more 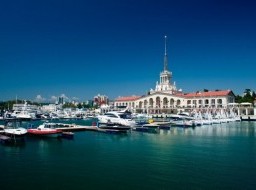 Sochi is the pearl of the ‘Russian Riviera’ (and 2014's Winter Olympics host city). It is the largest Russian resort. It stretches for 147 km along the Black Sea coast of Krasnodar region. Sochi is surrounded by the Caucasian Mountains which protect Sochi from the cold northern air. Mild subtropical climate, high mountains with the plenty of greenery, warm azure sea, healing mineral water springs make Sochi one of the world's best sea... Read more