During this tour you will have a great chance to see and learn about the famous opera and ballet theaters of St.Peterburg: Alexandrinsky Theatre and Vaganova ballet Academy; Mikhailovsky Theatre; Mariinsky Theatre; Hermitage Theatre as well as visit fabulous Russian ballet in one of these greatest theatres in the world, with its own proud traditions and unforgettable atmosphere. You will admire truly impressive examples of Russian classical architecture, learn more about its unique history and famous artists and admire one of the most wonderful ballet performances in Russia. Russian history of ballet can date back to as early as the 17th century during the reign of Peter the Great. Everything has changed but the ballet has remained the same. The breathtaking beauty of the setting, the idiosyncrasies of Russian theatre-going and the historic atmosphere should be more than enough to guarantee a truly memorable evening out.

Walking round St. Petersburg, its impossible not to wonder at the sheer wealth and variety of architecture created in only 300 years. The Hermitage Ballet Theatre is an outstanding architectural monument of the Russian classicism of the 1780. And in fact this theatre is one of the best Chamber music theatres in the world. It was originally used as Catherine the Greats personal theatre.

Blue and gold colour is the symbol of the fabulous Mariinsky theatre. Five-circled hall of the theatre stayed almost unchanged after the rebuilding by Alberto Kavos in 1859. The hall is defined by emphasized festivity; it was designed as a hall of the leading theatre of Russian Empire.

The Musorgsky (Mikhailovsky) Theatre is one of the most important and the oldest theatres in Saint Petersburg among The Mariinsky and The Alexandrinsky theatres. Situated in the city center at the Art square the theatre represents a part of the astonishing historical and architectural assembly. It is considered one of the noblest theatres of opera and ballet in Saint Petersburg.

Ballet has always been and will remain one of the most amazing and wonderful spectacles for audiences of all ages and fortunes. Between appearing and its present-day form, the art of ballet has undergone a colossal transformation of its canons, which are now called classical.
During this tour you will admire one of the well-known classical ballet performances: Swan Lake, Giselle, Le Romeo and Juliet or others on the outstanding ballet stage of one of these world famous theatres.

The ballet made its way to Russia during the reign of Peter the Great, in the beginning of 18th century. In 1738, thanks to the petition by the French dance master Jean-Batiste Lande, the first Russian ballet school – now world-famous as the St. Petersburg Dance Academy named after Agrippina Vaganova – was established. Noble youth was obligated to study dancing: in St. Petersburg ballet dancing became a mandatory discipline even Noble Cadet Corps.

Almost from the very beginning Russian ballet tradition acquired fans all over the world. Russian dancers were famous for their grace, fluidity and expression of hand movements and amazing intuitive understanding of their characters. Russian composers, such as Petr Tchaikovsky, Igor Stravinsky and Sergei Prokofiev, are considered the real maestros of ballet music. Productions by legendary choreographers Marius Petipa, Mikhail Fokin, Vaclav Nizhinsky and George Balanchine are still considered the etalons of world art of choreography.

By the early 19th century Russian ballet had morphed into a national school. 'Flight performed by the soul' is how Alexander Pushkin described Russian ballet, whilst speaking of contemporary ballerina A.I.Istomina in Eugene Onegin. Special privilege was extended to ballet among all other theatres. The authorities paid great attention to ballet’s development and provided it with governmental grants. Russian ballet was destined to revive the art worldwide.

After the Russian revolution ballet remained at the centre of nationwide art. In spite of the emigration of a number of leading figures, the school of Russian ballet survived and promoted new performers. A number of new important ballet companies were created in many Russian cities and a number of soon-to-be great dancers came on stage in those years. They included Maya Plisetskaya, R.S.Struchkova, V.T.Bovt and N.B. Fadeyechev. The turning point came in the late 1950s with the appearance of a new generation of choreographers. Among these were Leningrad ballet masters Y.N. Grigorovich and I.D.Belski, who based their ballets on musical and dance dramaturgy that conveyed meaning through dance. They revived forgotten genres such as the one-act ballet, satirical ballet, ballet symphony and choreographic miniature.

During the tour around theatres you will be able to explore them from the outside. Inside visits are not allowed unless you have a tickets for a performance 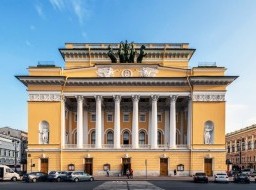 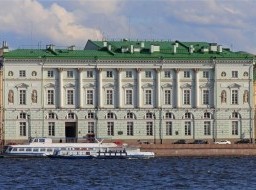 Rest assured that ballet performances at the Imperial Hermitage theatre of the State Hermitage are important events in the theatrical life of St. Petersburg. Read more 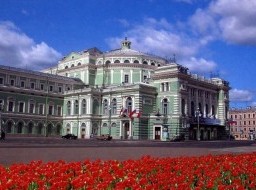 World-known Mariinsky (Kirov) Ballet and Opera theatre is one of top 6 ballet and opera companies in the world. It is a "must see" in St. Petersburg. The theatre has been the home of Russian ballet and opera since the 1860s and has become a mecca for both Russian and international artists. The theatre was reconstructed by A. Kavos, and in 1860 was opened as the Mariinsky Theatre. It was named after the wife of the reigning Tsar Alexander II, Ma... Read more 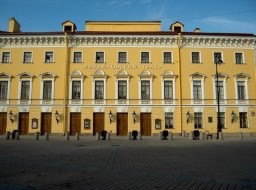 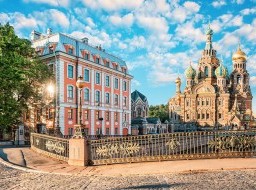